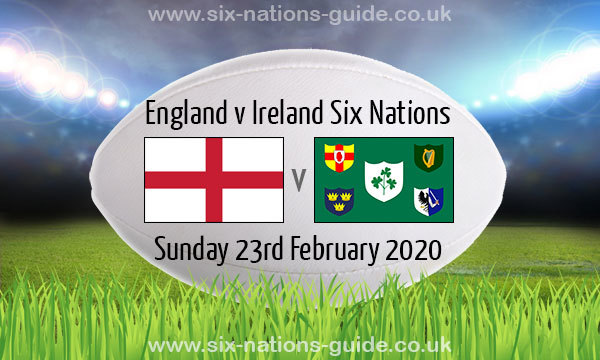 England will face Ireland at Twickenham Stadium on Sunday 23rd February during the third round of the 2020 Six Nations Championship. Ireland will arrive at Twickenham chasing a Triple Crown.

England and Ireland have contested 135 rugby test matches since their first meeting in 1875. England have won 78 of those matches, whilst Ireland have won 49 matches. There have also been eight drawn matches between the two nations.